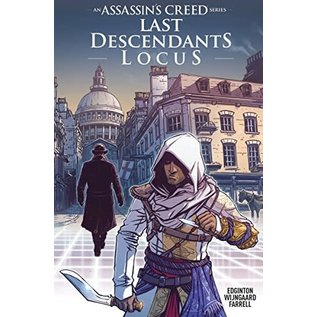 The collection of the young adult mini-series that revisits the streets of Victorian London and tie-ins with the Scholastic Young Adult Novels, The Last Descendants!
Tommy Greyling has travelled to London in search of a murderer - and a secret! Teaming up with the Assassins Evie Frye and Henry Green, he sets out on a quest to uncover the mystery that has changed the world!
Ties-in with the Scholastic Young Adult Novel series, launching August 2016.

Brand new story in the ever-popular setting of Victorian London!